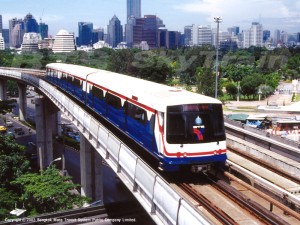 The new Pho Nimit and Talad Plu BTS skytrain stations will open for public use in mid-January 2013 instead of Dec 5 as earlier planned, deputy Bangkok governor Teerachon Manopaiboon on Tuesday.

Mr Teerachon said Independent Engineers (ICE) inspected the stations and facilities and said they are not ready for full operation.

However, the schedule for two more stations, Wutthakat and Bangwa stations, continuing from Talad Plu station will still open on Aug 12 next year, said Mr Teerachon.

He said for the last two stations, Bangkok Mass Transit (BTS) will have to coordinate with Mass Rapid Transit (MRT) because their expansion projects will be in the same area.